In your search for a church, you will find that some churches are denonminational churches (e.g., associated with a denomination or a national governing body) and some are not. In the past, denominational church affiliation was often second in importance to people as being a Christian, but in recent years surveys have shown many people no longer find denominations significantly important. New believers and long-time Christians are more interested in what a church can provide for them and their families than in what denomination-if any, they belong to.

Also important to understand is that denominations were humanly created; no denominations are referenced in the New Testament. Denominations resulted from different interpretations among believers concerning how church life should be conducted, what their leaders should be called and what authority they had, what practices were scriptural, what manner of worship was acceptable, as well as other factors.

Knowing what denomination - if any - the church you’re considering belongs to and a little about what they teach is important, but it shouldn’t become such a confusing matter you get discouraged searching for the right church. While the following list and overview is only general and brief in nature, it will give you the major Protestant (as distinguished from Catholic) denominations you may encounter in your church search. Bear in mind there are always exceptions to the rules when it comes to classifying churches and denominations.

The United Methodist Church was founded in 1968 when the Methodist Church and the Evangelical United Brethren Church combined. It is a mainline Protestant church that is also evangelical (concerned with reaching out to others with the gospel of Jesus Christ) and traces its roots back to England and to John and Charles Wesley.

“Methodist” comes from the methodical practices of its early founders. The movement began within the Church of England in the mid 18th century. A small group of students-which included John and Charles Wesley and George Whitfield, formed a Bible study on Oxford University campus. They were dedicated to holy living and a methodical manner of studying Scripture. Students mocked them for both, but the derogatory term “Methodist” stuck.

Since the Church of England (Anglican Church) was similar in doctrine to the Catholic Church, the Methodists took issue with some of its teachings. Methodists were convinced that salvation came by grace through faith and not through the church or a priest who administered certain sacraments. Foundational to their beliefs is that all people are by nature dead in sin, that justification (being made right with God) is by faith alone and that salvation should be reflected in a new nature and in inward and outward holiness.

The Baptist denomination is somewhat confusing because there are so many different branches. This denomination is composed of American (Northern) and Southern Baptists, National Baptists and Independent Baptists. With the exception of Independent Baptists, you will probably not be able to determine which branch a church belongs to by looking at the sign or even reading the bulletin.

All Baptist branches are evangelical in nature, believing Christ has given them the responsibility of sharing his love worldwide. Like the Methodists, they believe salvation is by God’s grace through faith in Jesus Christ for forgiveness. Unlike their Methodist brethren, Southern Baptist churches are autonomous (free) and not controlled by the Convention as Methodist churches are by a Conference.

Independent Baptist churches are defined by the adjective. They are not associated with any Baptist convention and tend to be more restrictive on the lifestyle practices of their members as well as what they believe about the second coming of Christ and what version of the Bible is most accurate. But like other Baptists, they are evangelical.

The roots of Presbyterianism lay in Europe during the Reformation of the 16th century and are often associated with master theologian John Calvin. Presbyterians are normally Calvinistic (so named after John Calvin) and among other things believe in God’s sovereignty over humanity, creation and salvation-as opposed to other denominations which generally adhere to the teachings of Jacob Arminius who believed in the free will of humans to choose or reject Jesus.

Even though Presbyterians emphasize the sovereignty of God, they also follow other denominations in believing salvation is by the grace of God through faith in Jesus Christ. One distinctive mark of the Presbyterian Church is the position of elder-a position held by a non-clergy member with authority to perform local pastoral care and decision making at all levels.

The Lutheran Church is a branch of Christianity identifying with the German Reformer Martin Luther. Luther had once been associated with the Catholic Church but through a study of God’s Word-particularly the Book of Romans, was convinced salvation came by God’s grace through faith in Christ. He eventually nailed his 95 thesis to the door of the Wittenberg Chapel and paid dearly for his stance.

The division between Lutherans and Roman Catholics was over the matter of justification (how it is that one is forgiven and made acceptable to God). As mentioned above, Luther was convinced it was by grace alone while Catholics incorporated good works into the mix.

The Church of Christ was officially recognized by the U. S. Religious Census of 1906. Churches of Christ base their doctrine on the New Testament alone and try to be congregations as originally established by Christ. They are associated with one another through common beliefs and practices. As such they are not a denomination and are considered non denominational.

The roots of these movements are found in the following leaders: Thomas and Alexander Campbell, Walter Scott and Barton Stone. These men declared their independence from other denominations wanting to restore the New Testament church. Divisions later developed between these groups over whether to use musical instruments-since they aren’t mentioned in the New Testament, or to sing a cappella.

Pentecostal churches include denominations such as the Church of God and Assemblies of God.  These groups within Christianity believe that miracles such as healing still happen today and tend to pray for miracles more often than the traditional denominational churches.  Some charismatic and pentecostal churches also believe in a separate work of the Holy Spirit after salvation called the Baptism of the Holy Spirit and practice other gifts of the Spirit (as described in Acts, I Corinthians, and elsewhere in the New Testament) such as speaking in tongues and prophecy.

The terms pentecostal and charismatic are often used synonymously since they indicate a similar set of beliefs and practices.  But some clarify the usage of these terms to be that pentecostal churches are those affiliated with denominations that formed in the early 1900's, while charismatic churches mostly grew out of what became known as the charismatic movement in the later half of the 20th century.  These charismatic churches are either independant churches, or churches within traditional denominations that believe and practice the Baptism of the Holy Spirit and the gifts of the Spirit.  Many methodist and some catholic churches in the U.S. were influenced by the charismatic movement particularly in the 1970's and 1980's.  Because of their emphasis on the Holy Spirit and the Baptism of the Spirit, these churches are sometimes referred to as spirit-filled churches.

Some of the largest Pentecostal denominations are...

Theologically, the church’s roots derive from John Wesley’s teachings on sanctification. Five major areas of teachings in the church involve salvation, sanctification, baptism of the Holy Spirit, divine healing and the second coming of Christ.

In many respects, the Assemblies of God church is similar to churches belonging to the International Pentecostal Holiness churches (I. P. H.). These churches originated in the Pentecostal movement of the early 20th century, are autonomous and independent but joined by shared beliefs and practices, and were founded in the United States in 1914. As with the I. P. H. churches, baptism of the Holy Spirit and praying for healing are emphasized. These churches are also evangelical in nature, believing it’s the Christian church’s responsibility to spread the gospel message of salvation through faith in Christ.

Another pentecostal denomination is the Church of God.  Other names you may encounter in this church tradition are Church of God in Christ or Church of God of Prophecy. They too are descended either from the Pentecostal Holiness movement or the Seventh Day Adventist tradition.

Since we have entered an era where denomination is not relevant to many church searchers, many church plants or new church starts are not identifying themselves with any particular denomination. Some mega churches form their own associations. If one of your shortlist of churches is independent and non-denominational, it may be more difficult for you to understand what the church and its leadership teaches and believes. You might talk with the pastor or other church leaders and ask questions.  Another suggestion is to call the church and ask for a copy of their doctrinal beliefs.  Most churches have a secretary who has this readily available and can email it to you.  This will help you understand what they teach so you can see if it aligns with the Bible and sound Christian Teaching. 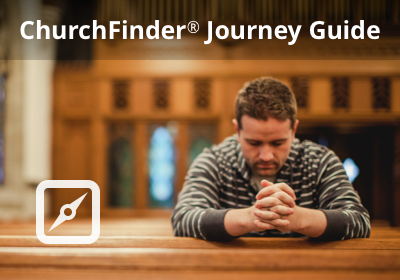 As you look to find Christian churches near you, Church Finder is here to help on your journey. The Church Finder Journey Guide includes an introduction to Denominational Churches.  You can also find out more about the history and beliefs of the churches in our church directory by reviewing our profiles of Christian Denominations.